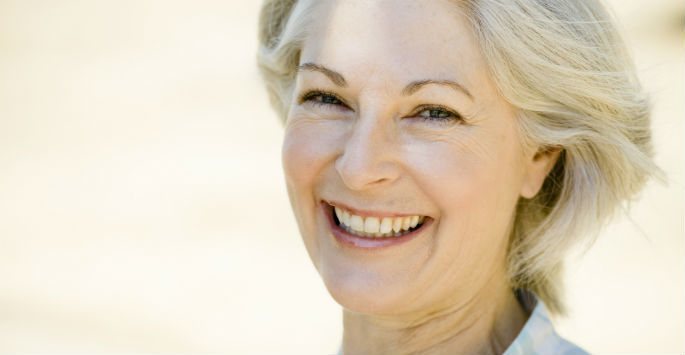 Menopause is a normal part of a woman’s aging process. During menopause, a woman’s ovaries stop releasing eggs and the female hormones progesterone and estrogen. The woman also stops menstruating. The process can naturally occur any time after the age of 40. It can sometimes prematurely occur in a woman younger than 40, and it is usually caused by damage to the ovaries or by some types of surgery like a hysterectomy (removal of the uterus).

The term for this stage of life is also applied to the changes a woman undergoes during the cessation of her reproductive period. There are three stages: perimenopause, menopause and postmenopause.

During perimenopause, the ovaries start to produce fewer hormones. This stage can last anywhere from a few months to ten years, but the average length is four years. It ends when a woman has not had a period for twelve months. During the last year or two, the ovaries’ production of estrogen drops precipitously, and the woman starts to develop symptoms of menopause. This stage usually begins when a woman is in her 40s, although it can start earlier.

Menopause starts when the former stage ends. By now, the ovaries have stopped releasing eggs, and they are producing only a small amount of estrogen.

A woman who has entered the last stage sometimes no longer faces the symptoms she once had. Unfortunately, her low estrogen levels increase her chances of developing conditions like heart disease or osteoporosis.

Many symptoms actually start during the later stages of perimenopause. A woman’s periods become irregular, and if she has premenstrual syndrome, her symptoms worsen. Other symptoms can include the following:

As the woman moves into the main stage, she may develop more symptoms including the following:

Most of these symptoms fade as the woman becomes postmenopausal, and she even regains some of her old energy.

What Can I Do About my Symptoms?

Consider scheduling a consultation with us if menopausal symptoms like hot flashes or insomnia get severe enough to interfere with your life. Envoque MD offers effective and personalized hormone therapy to help you combat the symptoms of hormonal imbalances often brought on by menopause. We are conveniently located in both Scottsdale and Mesa, and we gladly serve both areas with comprehensive programs designed to help you live your best life. To learn more, schedule your consultation with us today!